The one lesson I’ve learned from life: Frances Barber says being vain is not always a sin

By Liz Hoggard for the Daily Mail

Olivier Award-winning actress Frances Barber, 62, is best known for her TV roles in Silk, The Split, Mapp And Lucia and as Doctor Who’s eyepatch-wearing baddie Madame Kovarian. Single, she lives in London.

BEING VAN IS NOT ALWAYS A SIN

I think the real 21st-century curse is anxiety. I assumed foolishly it would calm down over time, with a degree of acceptance.

But I’ve spoken to older actors, such as Judi Dench and Maggie Smith, and they say it gets worse.

When I was younger I thought I was the only one suffering terrible nerves about being late, or thin enough, or pretty enough, or good enough — all the things that consumed me. 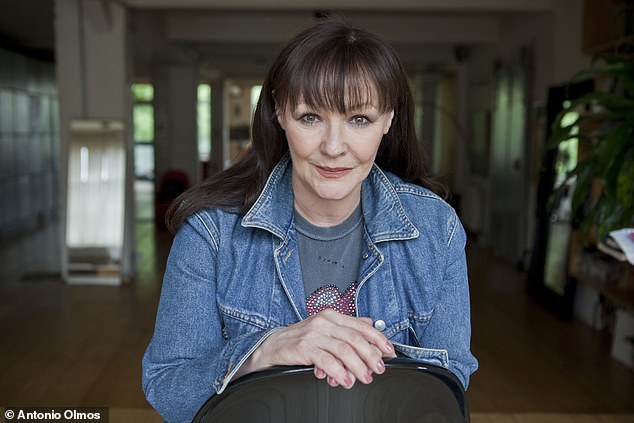 Olivier Award-winning actress Frances Barber, 62, is best known for her TV roles in Silk, The Split, Mapp And Lucia

Now, because I’ve got a body of work behind me to live up to, that anxiety is even greater.

The pressure on women has got worse, of course, because there is now so much access to ‘help’ in the form of cosmetic surgery, plus diet plans and yoga.

I lived in Los Angeles for three years, and when I came back, I thought people in Britain looked tired and grumpy — I’d got used to everyone in LA having perfect skin and teeth and fabulous hair.

I go to Pilates, swim and keep myself in shape. Apart from vanity, it’s so I can do quite physical roles. I think it’s also about self-worth. I know if I go out looking my best, I’ll feel more confident.

I’ve got a poster in my house of a show I did 20 years ago, showing me in a bikini.

Two plumbers were sorting out a leak, and I was at home slopping around in my tracksuit.

As well as anxiety, I’ve been prone to depression in the past. My analyst taught me an exercise to invite the shadow in.

You say: ‘OK, I can feel the black dog’s coming.’ Instead of being in denial, you welcome it in; let it sit on the chair next to you.

You accept it’s going to be here and that you’re just going to have to get on with it, and make friends with it.

It was a brilliant way of helping me deal with it, rather than let it suffocate me.

I was told a fib that in older age I wouldn’t give a fig what anybody thought of me. We all want to look as well as we can. I just have to accept it’s never going to stop.